Consistent with the Freedom Holding Corporation (FRHC) Code of Ethics and Business Conduct, FRHC is committed to full compliance with all economic sanctions applicable to it and its subsidiaries in the various countries in which they operate.

As a U.S. holding company, FRHC is committed to full compliance with all of the U.S. economic sanctions administered and enforced by the Office of Foreign Assets Control ("OFAC") and requires all of its subsidiaries to fully comply with all U.S. economic sanctions that are applicable to such subsidiaries or to transactions in which they are involved.

Governance at a Glance 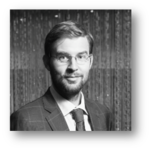 Timur Turlov graduated from Russia State Technic University (named after Tsialkovskiy) in 2009 with a Bachelor of Science degree in economics and management. Mr. Turlov has more than 10 years of experience in various areas in the international securities industry. From July 2013 to July 2017, Mr. Turlov served as the Advisor to the Chairman of the Board of Freedom KZ. In that capacity, Mr. Turlov was primarily responsible for strategic management, public, and investor relations events, investment strategy, sales strategy, and government relations. In July 2017, Mr. Turlov became Chairman of the Board of Directors of Freedom KZ. He has also served as the General Director of Freedom RU, since August 2011. As the General Director, Mr. Turlov is responsible for establishing Freedom RU's strategic goals, including acquisition and retention of large clients, sales strategy and company development. From May 2012 through January 2013, Mr. Turlov served as the Chairman of the Board of Directors of JSC Nomad Finance where he oversaw business set up and acquisition of large clients. From July 2010 through August 2011, Mr. Turlov was employed as the Vice Director of the International Sales Department of Nettrade LLC. In this capacity, his major responsibilities included consulting to set up access to foreign markets, trading, back office, and internal accounting functions. Mr. Turlov also owns interests in other businesses, including other securities brokerage firms. 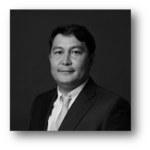 Askar Tashtitov has served as a director of the Company since May 2008 and was employed with BMB Munai, Inc., the predecessor of the Company, from 2004 through 2015, serving as the president from May 2006 to November 2015. Mr. Tashtitov earned a Bachelor of Arts degree from Yale University majoring in Economics and History in 2002. Mr. Tashtitov passed the AICPA Uniform CPA Examination in 2006. 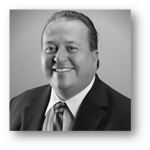 Doctorate in 1998 from the University of Utah, where he was named the William H. Leary Scholar. In 2011, Mr. Kerr founded the law firm Price, Parkinson & Kerr, where he practices commercial litigation. From 2006 to 2011, Mr. Kerr was the associate general counsel of Basic Research, LLC, concentrating in intellectual property litigation. Before joining Basic Research, Mr. Kerr was a partner with the law firm of Plant, Christensen & Kanell in Salt Lake City, Utah. Mr. Kerr was employed with Plant, Christensen & Kanell from 1996 through 2001 and from 2004 to 2006. From 2001 through 2004, Mr. Kerr was employed as a commercial litigator with the Las Vegas office of Lewis and Roca. Mr. Kerr became our director in May 2008.

Mr. Stillman earned his Bachelor of Science degree in mathematics from Brigham Young University and Masters of Business Administration from the University of Utah. He began his career in 1963 with Sperry UNIVAC as a programmer developing trajectory analysis software for the Sergeant Missile system. Mr. Stillman spent many years as a designer and teacher of computer language classes at Brigham Young University, where he developed applications for the Administrative Department including the school's first automated teacher evaluation system. During that time, he was also a vice-president of Research and Development for Automated Industrial Data Systems, Inc. and the Owner of World Data Systems Company, which provided computerized payroll services for companies such as Boise Cascade. Mr. Stillman has over 45 years of extensive business expertise, including strategic planning, venture capital financing, budgeting, manufacturing planning, cost controls, personnel management, quality planning and management, and the development of standards, policies, and procedures. He has extensive skills in the design and development of computer software systems and computer evaluation. Mr. Stillman helped found Stillman George, Inc. in 1993 and founded Business Plan Tools, LLC in 2004. He was employed with Stillman George, Inc. until 2010, where his primary responsibilities included managing information, technical development, and financial analysis projects and development, as well as general company management and consulting activities. He is currently employed by Business Plan Tools, LLC, which provides cloud-based SaaS business planning software and consolidates a broad variety of skills from a growing group of business professionals to provide needed support in finance, marketing, management, sales, planning, product development, and more to businesses worldwide.

Mr. Cherdabayev is currently employed as Counsellor to Chairman of the management board of Weatherford-CER, a privately owned joint venture company between Weatherford International and Caspian Energy Research LLP.

Mr. Cherdabayev served as the Chairman of the board of BMB Munai Inc., the predecessor of the Company, from November 2003 to November 2015 and also as Chief Executive Officer from November 2003 through August 2007. From May 2000 to May 2003, Mr. Cherdabayev served as Director at TengizChevroil LLP multi-national oil and gas company owned by Chevron, ExxonMobil, KazMunayGas and LukOil. From 1998 to May 2000, Mr. Cherdabayev served as a member of the Board of Directors, Vice-President of Exploration and Production and Executive Director on Services Projects Development for NOC “Kazakhoil”, an oil and gas exploration and production company. From 1983 to 1988 and from 1994 to 1998 he served as a people’s representative at Novouzen City Council (Kazakhstan); he served as a people’s representative at Mangistau Oblast Maslikhat (regional level legislative structure) and a Chairman of the Committee on Law and Order. For his achievements Mr. Cherdabayev has been awarded with a national “Kurmet” order. Mr. Cherdabayev earned an engineering degree from the Ufa Oil & Gas Institute, with a specialization in “machinery and equipment of oil and gas fields” in 1976. Mr. Cherdabayev also earned an engineering degree from Kazakh Polytechnic Institute, with a specialization in “mining engineer on oil and gas fields’ development.” During his career he also completed an English language program in the United States, the СНАМР Program (Chevron Advanced Management Program) at Chevron Corporation offices in San Francisco, California, and the CSEP Program (Columbia Senior Executive Program) at Columbia University. Mr. Cherdabayev is not currently, nor has he in the past five years been, a director or nominee of any other SEC registrant or registered investment company. We considered Mr. Cherdabayev’s extensive experience in the oil and gas industry in the Republic of Kazakhstan in concluding that he should serve as a director of the Company. 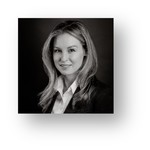 Since 2012, Ms. Williams has provided accounting and CFO consulting services to companies. Ms. Williams is a Certified Public Accountant, having earned licensure in 2010. From 2018 to 2019, she was employed as a Manager with Brixey & Meyer, an Ohio based CPA firm. In that position she managed a team of accountants assisting companies complete monthly, quarterly and yearly financial statements and improving clients’ internal controls. From 2004 to 2012, Ms. Williams was employed in various accounting and finance positions with Grant Thornton, Basic Research, Goldman Sachs and PricewaterhouseCoopers, where her responsibilities included: planning and managing audit functions, including audit planning, fieldwork and internal control testing; assisting with product launch; serving as a member of a management team in conjunction with the sale of a business unit; and co-managing an initiative to improve processes surrounding tracking, monitoring and reporting internal/external errors that helped enhance reporting, improved transparency and decrease errors. Ms. Williams earned a Bachelor of Science degree in accounting from the University of Utah in 2004, and a Masters of Accounting degree from the University of Utah in 2005.